In addition to the support from NSF, the AtlanticWave-SDX project significantly depends on the support and collaboration of organizations and projects that contribute resources and effort. AtlanticWave-SDX leverages resources and expertise from the following organizations and projects in order for the proposal to be realizable.

Florida International University (FIU): Florida International University is one of Florida’s State University System institutions and the premier public research university in the South Florida metropolitan area, the country’s fourth largest. The university is located in Miami-Dade County with campuses in West and North Miami. The university with its large and diverse student body is the largest minority-serving institution in the nation and is ranked first in awarding STEM degrees to underrepresented minorities. Designated as a top-tier research institution, FIU emphasizes research as a major component in the university’s mission.

Georgia Institute of Technology (GT): Located in Atlanta, Georgia, the Georgia Institute of Technology is a leading research university committed to improving the human condition through advanced science and technology. As a leading technological university, Georgia Tech has more than 100 centers focused on interdisciplinary research that consistently contribute vital research and innovation to the American government, industry, and business.

Renaissance Computing Institute (RENCI), the University of North Carolina at Chapel Hill, strives to be a leader in data science and an essential catalyst for data-driven discoveries leading to better health, a safer environment, and improved economic and business successes.

Information Sciences Institute (ISI), the University of Southern California at Marina del Rey, With roots in early Internet infrastructure research and development, ISI’s Networking and Cybersecurity Division carries out a broad program of research spanning the areas of networking scientific investigations, Internet operations, and governance, cybersecurity research topics, and a variety of infrastructure projects for experimentation and collaboration. 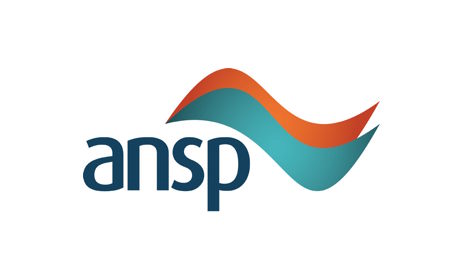 Academic Network of Sao Paulo (ANSP): ANSP provides connectivity to the top R&E institutions, facilities and researchers in the State of Sao Paulo. 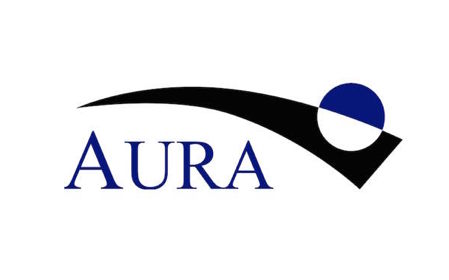 Association of Universities for Research in Astronomy (AURA): AURA is a consortium of 39 U.S. institutions and 6 international affiliates that operates world-class astronomical observatories. AURA is responsible for the successful management and operation of its three centers: NSF’s National Optical-Infrared Astronomy Research Laboratory; the National Solar Observatory (NSO); and the Space Telescope Science Institute (STScI). AURA operates observatories in Chile and participates in AtlanticWave-SDX.

RedCLARA, the Latin American Cooperation of Advanced Networks (Cooperación Latino Americana de Redes Avanzadas), is a non-profit organization whose members are the NRENs of Latin America, and which is in charge of the management, development and operation of RedCLARA as well as the coordination of Latin America’s research networking activities. RedCLARA directly connects to AmLight links in Sao Paulo, Miami and Tijuana. Latin American NRENs connected to redCLARA: 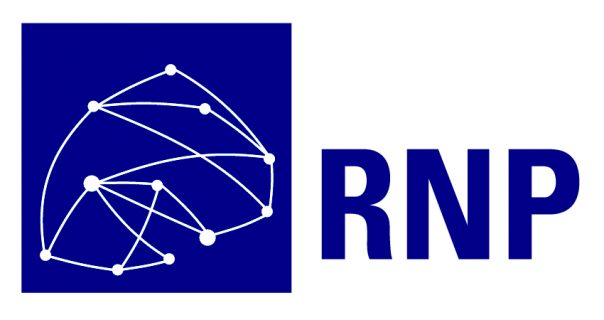 The Brazilian Education and Research Network (RNP), qualified as a Social Organization (OS) by the Brazilian government, is supervised by the Ministry of Science, Technology and Innovations (MCTI), and is maintained through the Inter-Ministry RNP program, which also includes the Ministries of Education (MEC), Health (MS),  Citizenship and Defense (MD). The first Internet provider in Brazil with national coverage, RNP operates a high-performance nationwide network, with points of presence in all 26 states and the national capital, providing service to over 1200 distinct locations. RNP’s more than four million users are making use of an advanced network infrastructure for communication, computation and experimentation, which contributes to the integration of the national systems of Science, Technology and Innovation, Higher Education, Health and Culture.

Red Universitaria Nacional (REUNA, Chile): REUNA was the first Latin-American NREN to be connected to Internet2 in 2000.  REUNA provides R&E network services to all its members, including AURA.  REUNA directly connects to AmLight to provide network services to the U.S. astronomy community (AURA) from Santiago to La Serrena in northern Chile. 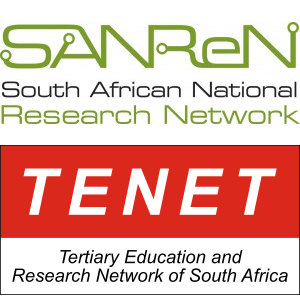 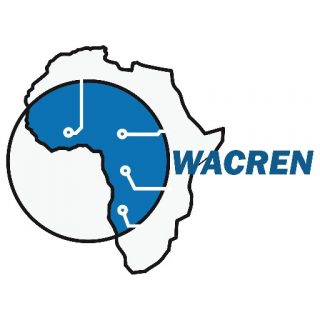 WACREN: West and Central African Research and Education Network (WACREN) is a regional research and education network serving the west and central region of Africa. The WACREN’s mission is to build and operate a world-class network infrastructure, develop state of the art services, promote collaboration among national, regional, international research and education communities and build the capacity of the REN community.

Florida LambdaRail (FLR): FLR is Florida’s independent statewide research and education fiber-optic network.  FLR is owned and operated on behalf of its partner institutions and affiliates and is dedicated to producing knowledge and prosperity within the state of Florida through education and research activities that drive our members’ 21st century economy initiatives. 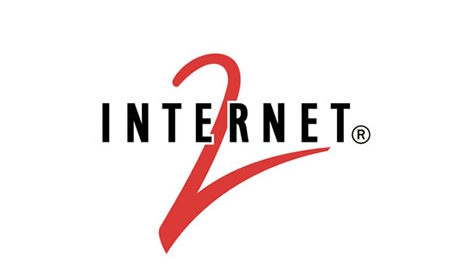 Internet2: Internet2 is a consortium of leading US research universities working in partnership with industry and government to develop and deploy advanced network applications and technologies. Internet2 is the representative for MAN LAN, participating in the AtlanticWave project.

The Open Science Grid (OSG): The OSG facilitates access to distributed high throughput computing for research in the US. The resources accessible through the OSG are contributed by the community, organized by the OSG, and governed by the OSG consortium. 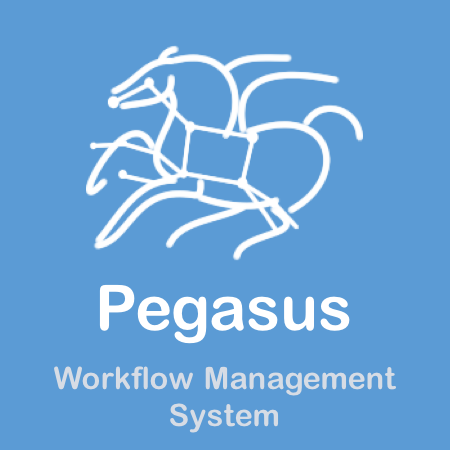 The Pegasus project: The Pegasus project encompasses a set of technologies that help workflow-based applications execute in a number of different environments including desktops, campus clusters, grids, and clouds. Pegasus bridges the scientific domain and the execution environment by automatically mapping high-level workflow descriptions onto distributed resources. It automatically locates the necessary input data and computational resources necessary for workflow execution. Pegasus enables scientists to construct workflows in abstract terms without worrying about the details of the underlying execution environment or the particulars of the low-level specifications required by the middleware (Condor, Globus, or Amazon EC2). Pegasus also bridges the current cyberinfrastructure by effectively coordinating multiple distributed resources.

Vera Rubin Observatory: The goal of the Vera C. Rubin Observatory project is to conduct the 10-year Legacy Survey of Space and Time (LSST). LSST will deliver a 500 petabyte set of images and data products that will address some of the most pressing questions about the structure and evolution of the universe and the objects in it. The Rubin Observatory LSST is designed to address four science areas: understanding dark matter and dark energy, hazardous asteroids and the remote Solar System, the transient optical sky, and the formation and structure of the Milky Way. 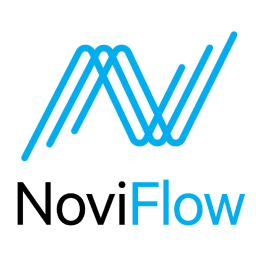 Angola Cables: Angola Cables is an IT Solutions multinational focused on selling data infrastructure solutions, connectivity and cloud services for IP’s and ISP’s requiring digital connections and services in the corporate sector. The company currently operates the SACS, Monet and WACS cable systems and manages two data centers – AngoNAP Fortaleza in Brazil and AngoNAP Luanda in Angola. It also manages Angonix, one of Africa’s top five Internet Exchange Points. With its robust network, Angola Cables directly connects Africa, Europe and the Americas with established partnerships to connect to Asia.

Crown Castle: Crown Castle is a real estate investment trust and the largest provider of shared communications infrastructure in the United States, with more than 40,000 cell towers and approximately 80,000 route miles of fiber supporting small cells and fiber solutions. 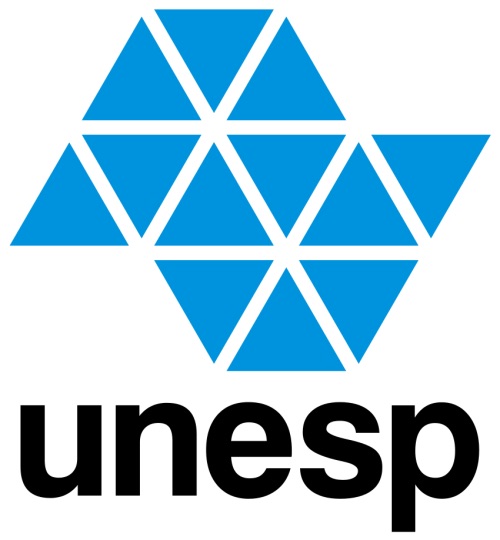 Southern Light Rail (SLR): SLR is a Georgia Tech non-profit corporation providing National Lambda Rail (NLR) access to the Georgia Research Alliance universities, other universities in the Southern region of the United States and governmental and private sector organizations involved in university research initiatives. SLR will reach out to facilitate dark fiber connectivity to the Southern universities and research centers. This will help enable more collaborative research activities between and within universities. SLR is working in partnership with Southern Crossroads (SoX) to provide services to the research community. SLR also manages and operates the Georgia Collaborative Research Initiative and Georgia Tech’s International Connections.